U.S. Conservatives Supporting Trump Now Admit That Promising Mexico Would Pay for Wall Was a Mistake

U.S. Conservative journalists on Fox News acknowledge that the promise of the Trump's election campaign in 2016 to build a wall between Mexico and the U.S., paid for by Mexicans, was a mistake. Now military construction funds must be diverted to the wall's project.

The 2016 campaign of then-candidate Donald Trump in 2016 was focused on a great campaign promise: to build a great wall along the entire U.S.-Mexico border. In addition, this project would be free to U.S. taxpayers, since the construction would be paid for entirely by their Mexican neighbors. Three years have passed since that campaign, and the reality is that there has hardly been any construction work on the wall, and Mexican political leaders have made it clear on numerous occasions that not a single peso would come out of Mexico's public coffers to finance the Trump Administration's project. 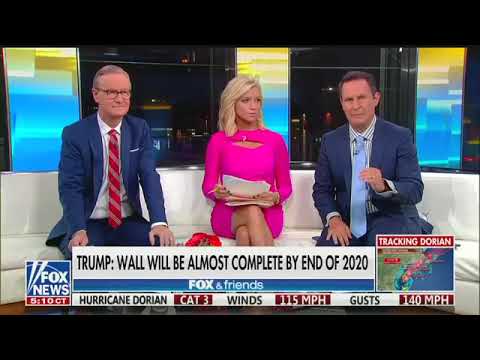 Donald Trump was supported at all times by the most conservative sector of U.S. society, which finds in the media its main speaker on the pay TV network 'Fox News'. And one of the star programs of this channel is 'Fox & Friends', a morning space of news, interviews and talks, which for many years has not hidden its support for the most conservative positions of the Republican Party. President Trump is a loyal supporter of the program, and during the 2016 campaign he had all the support in the promise to build a wall financed by Mexico.

However, last Thursday, September 5, 2019, the participants in the 'Fox & Friends' talk show finally had to recognize live what seems obvious: that what was promised in the 2016 campaign was an empty affirmation, and a great failure on Trump's part. "Our president should never have said that Mexico was going to pay for the wall," acknowledged Brian Kilmeade, one of the three co-hosts of Fox & Friends.

And the issue of the construction and financing of the wall between Mexico and the U.S. is back because the U.S. Department of Defense has just announced that it plans to divert 3.6 billion dollars of military construction funds to pay the bill for the Trump Wall, a project that the president promised was going to be financed by Mexico. In all, 127 domestic and foreign projects appear to be suspended, including a primary school in Germany, a cyber operations center in Virginia, or a list of facilities in Puerto Rico to help recover from the devastating 2017 Hurricane Maria.

It should be remembered that in April 2016, candidate Trump promised that the U.S.-Mexico wall would be completed in two years since he became president. "We will start quickly, and it will be a real wall". And in early 2017, once elected as the 45th president of the United States, signed the Executive Order 13767, directing formally the US government to "begin attempting" the construction. In late 2018, the federal government went into a shutdown after Trump's demands for border wall funding, which left Washington in a deadlock, leaving also hundreds of thousands of federal workers without pay before Christmas.