Aguascalientes borders Jalisco to the south and Zacatecas to the north. Did you know that this State is officially called "Free and Sovereign State of Aguascalientes"? Initially, it belonged to the State of Zacatecas, but in the 19th century it separated to form a state of its own within Mexico.

The economy of the towns and cities of Aguascalientes is based mainly on construction and livestock, and culturally the state is known for the San Marcos National Fair that is held in spring in the city of Aguascalientes, and is surely the most popular in the whole country. It attracts hundreds of thousands of people coming from other towns, and is part of the economic power of the state.

If you want to travel to the state of Aguascalientes, do not hesitate to visit the colorful streets of the city of Aguascalientes, made with quarry stones. You should also not miss the charming vineyards of the region, practice ecotourism in the Boca de Túnel Adventure Park, and visit beautiful Magical Towns like Calvillo (with its famous Church of "el Señor del Salitre"), Real de Asientos (to visit the hidden aqueduct) or San José de Gracia (where to eat "pacholas" and membrillate).

And is that the gastronomy in Aguascalientes is very rich and known throughout Mexico. Visiting this State's towns and its famous "cenadurías" (the typical restaurants of the region) you will discover the authentic "enchiladas" Aguascalientes style, the golden "tacos", or the "flautas" and "sopes" (if you visit Pabellón de Arteaga). 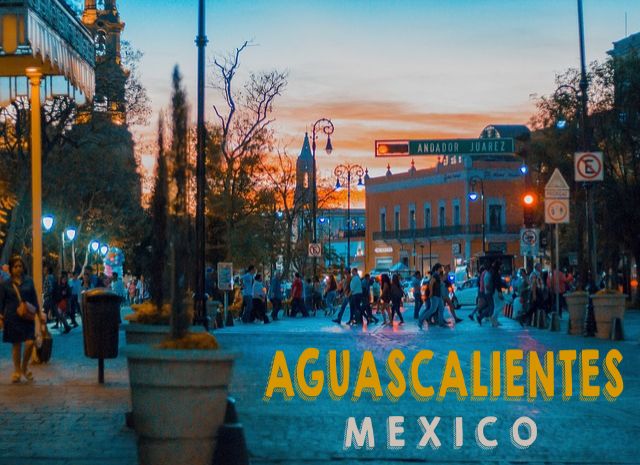 
Most common last names and surnames in Aguascalientes

Here you are more States in Mexico: