Dentists in Mexico: Thousands of US Citizens Cross the Border Every Day to Go to Mexican Clinics

Thousands of US Citizens access dental care services in Mexico every day after crossing the border because their health insurance does not cover some treatments. Discover some of these dentists and the towns where they are located.

US citizens also need the services offered by Mexicans, and the case of the large number of dentists in Mexican towns south of the U.S. border is the clearest example. 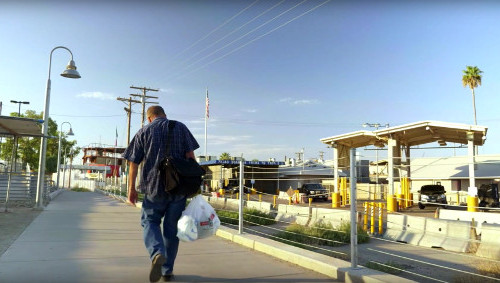 Some 10,000 citizens from North America cross the border every day to gain access to services that they cannot access in their country because they lack health insurance or because the one they have does not cover the most expensive treatments. Such pilgrimage's figures are quite conservative, because many patients do not recognize their trips to Mexico and camouflage them as "personal matters". The competitive prices offered in Mexico, coupled with a very similar quality of service, allow these 'medical tourists' to have dental work, their teeth fixed, have a toothache cured, or undergo oral laser treatment. This is what has come to be called the 'border dentistry'.

The most notable case of all these towns south of the U.S.-Mexico border is that of Vicente Guerrero (Los Algodones). For this town of 5,474 inhabitants, in PueblosAmerica.com we have 146 registered dentists, obtaining a ratio of 267 dental specialists for every 10,000 inhabitants, well above the national average of only 4.9. Such is the popularity of this town among Americans looking for affordable dental professionals in Mexico who already know it as 'Molar City'.

In this map of dentists in the municipalities of Mexico it can be observed how the regions located in the north of the country have a greater number of dentists per inhabitant. And it shows that many Americans who do not have sufficient economic resources, or who are not adequately served north of the border, travel a few kilometers to go to Mexican specialists at much more affordable prices. In any Internet forum you can see how many Americans exchange their opinions about trustworthy Mexican dentists to help them fix their teeth or make them a good implant. 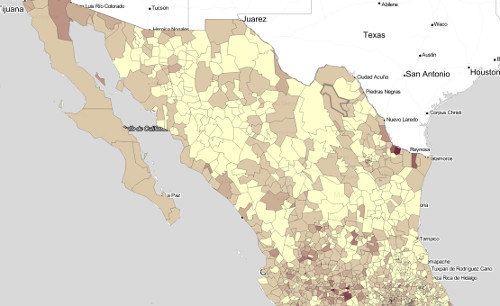 The costs of a dentist in Vicente Guerrero, according to some dental patients, are around 50-75% less than in the United States, with much more discount in the most complicated treatments. And this important saving allows, for example, that even the patients can spend a small vacation in Mexico while the dental treatment lasts. In terms of specific prices, the numbers make the difference clear: a single normal crown costs about 3,000 dollars in California, while in Vicente Guerrero it costs only about 400 dollars. And the cost of repairing one's teeth goes from 50,000 dollars to about 5,500 dollars. "You can save a lot of money, and you can't say that every day", says one of the patients. However, it is also advisable not to try to obtain the cheapest prices, and to stay at an average savings, so as not to meet with unqualified professionals. 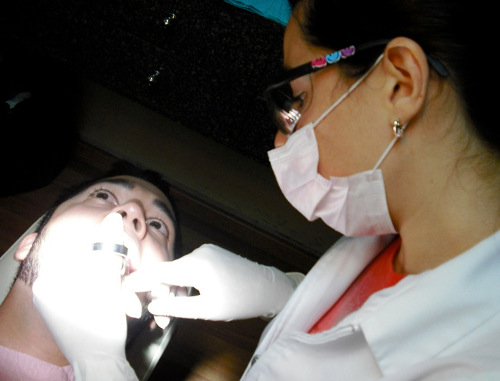 And it is because of these savings that so many Americans attend dentists in northern Mexico. Even after Barack Obama's health reform, the so-called 'ObamaCare' that subsidized the payment of health insurance to the most needy families, many patients found that this insurance did not cover everything they really needed, and Mexican medical specialists were still a good and economical option. "You are not aware of how underinsured you are with the private plan until you have a serious illness," says one of the medical tourists visiting Baja California.

Many of America's first medical tourists were wary of the potential risks of Mexico's dental clinics. However, the country is gaining an international reputation for substantially improving the quality of medical facilities, many of which are now considered world-class. Mexico has thousands of certified doctors and recognized worldwide, as a result of the education offered in the country (such as the prestigious Dental School of Mexico National University, UNAM), and several hospitals certified by the Joint Commission International (JCI), the international accreditor of the most prestigious health organizations in the world.

Actually, the indigenous population of Vicente Guerrero is not linked to the dental care business. The neighbors who have lived here for more than four decades, and who were dedicated to cotton production (hence the name 'Los Algodones' of the locality), remember how the first dentists opened their business in the 80s. They began to see how medical professionals from other parts of Mexico with good English language skills settled near the border and began to gather more customers each year by offering much cheaper prices for dental services very similar to those demanded by the U.S. client. "Every day we have about 30 new patients," they say at one of the border town's dental clinics.